The concrete laser screed is one kind of machinery product which is specifically designed to conduct concrete screed constructions in a large area, and currently it has become a professional concrete screed machinery which has been commonly used in America and China, but it has not become a completely universal product worldwide, so some clients have a few incomplete understandings about some of its characteristics. here the professionals from the hiking company will make a specific explanation for it. And now I will explain one of the most interesting problems for our clients —- the accuracy of the concrete laser screed. For some irresponsible manufacturers, when the clients ask the accuracy, they will simply tell the following contents to them: The way to measure the accuracy of this machine is to place a two-meters-long leveling ruler on the ground that has been screeded, if the gap between them is less than 3 millimeters, then it means that the accuracy of this machine is qualified, but actually this data is just a standard value which is widely accepted by many countries to check the concrete screed effect before acceptance, and the screed effect of the laser screed is not singularly decided by the machine, so now I will summarize them as follows: 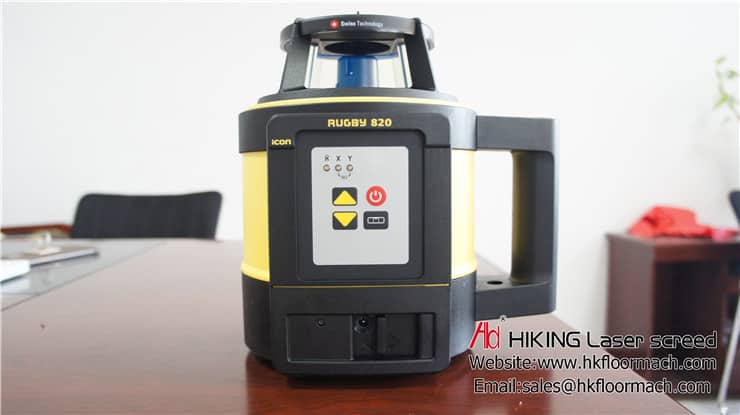 This point also plays a decisive role in the screed effect of the laser screed, it is because that the laser screed adjust and control the mechanical system through the control signals emitted by the laser system so as to conduct concrete screed works, so a very good cooperative relationship between the machine and the laser system is needed, and the technical team of my company has been researching, developing and producing laser screed since 2008, and the currently total sales volume has reached more than 500 laser screeds. Through years-long improvement and optimization, the current matching ability of this machine has reached a very perfect state. 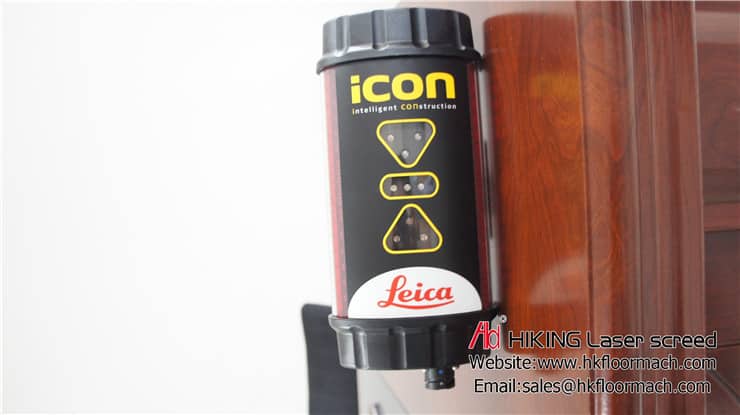 The Hiking two-wheeled laser screed has adopted the balanced structural design, and its screed head is independent from its vehicle body, and no matter how the vehicle body changes, the four axis of the screed head is always in a balanced state, so that this machine can have a good screed performance. In the meantime, this machine is driven by servo motor, and it has an even walking speed and a good screed performance. The four-wheeled laser screed has adopted the most advanced articulated structure in the world, which can provide a good cushioning effect against the adverse effects that the uneven ground imposes on the machine. Also, a vertical transducer has been settled on the screed head, and the hydraulic pushing rod for controlling provides the force to push the screed head so that the screed head can always be in a vertical state, thus a good screed effect can be achieved. 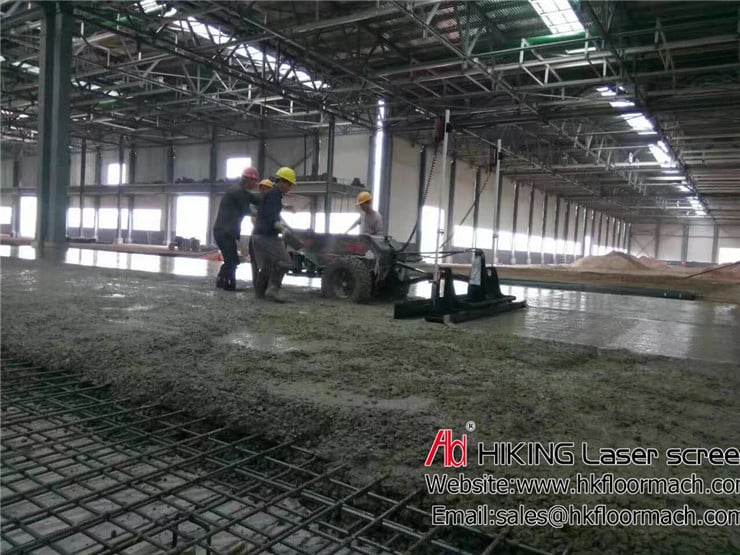 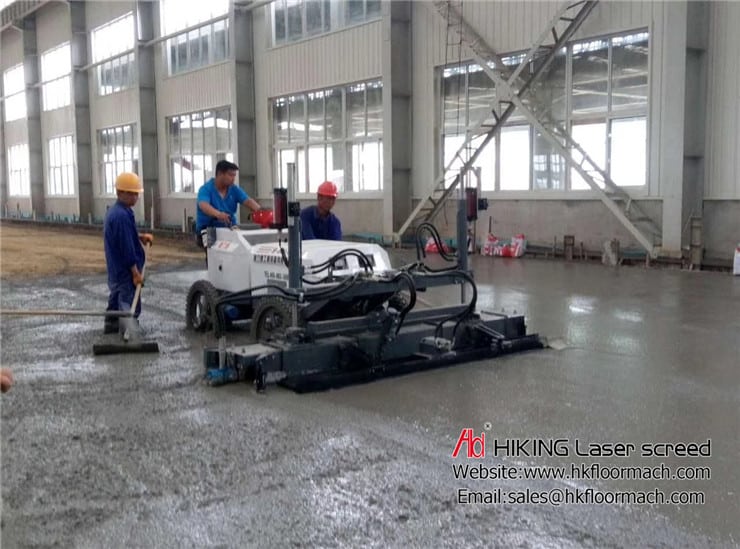 If we can make those mentioned above be well done but can not conduct a good concrete press polishing at the same time, then the problem of an uneven ground may also occur, especially when we are using the laser screed, because that the screed efficiency is relatively higher, and its screed area can reach more than 2000 square meters per day, so the concrete press polishing work is a heavy work, so a ride-on trowel machine is needed, but if the operating staffs are not familiar with this machine and can not operate it well or they stay for a relatively longer time in some places, then an uneven press polishing problem may occur, which may lead to an uneven concrete ground.

If you want to buy the concrete laser screed machine, Please check the “Laser screed for sale ” to find your need.