Setup Method Of The Walk Behind Laser Screed Machine 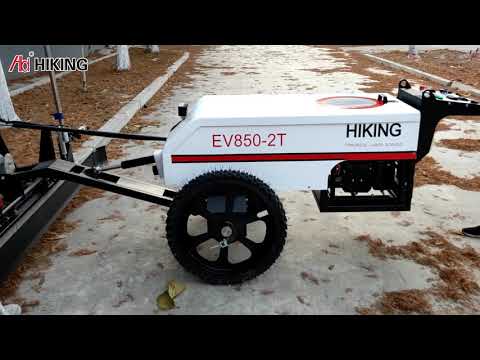 Step 2: Installation of receiver and setup of machine

c). Open the automatic button, the machine body will be leveled automatically.

When using the machine for leveling, a worker is required to hold a laser receiving rod to command other workers to perform preliminary paving of the concrete. The thickness of the paving should be 5-10mm above the design thickness.

Working picture of the walk behind laser screed

Working picture of the walk behind laser screed

Two workers should be followed on both sides of the machine’s leveling head to control the height of the concrete to near the position shown on the below picture.

Leveling head of the laser screed

Installation method of the walk behind laser screed machine

Walk behind laser screed for sale